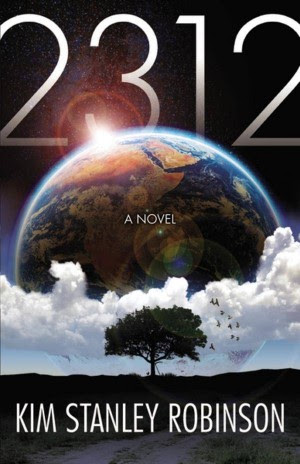 Kim Stanley Robinson's 2312 is an insanely ambitious novel of life three hundreds years hence, set in a solar system where the Earth continues to limp along, half-drowned, terrified, precarious -- and only one of many inhabited places, parent to a handful of planetary and lunar societies; grandparent to thousands of hollow, hurtling, spinning asteroids that have been turned into terraria supporting endangered species, vital crops, bizarre cults, sex-crazed pleasure-cruisers, and everything in between.

The solar system -- set in the future of the Red Mars trilogy -- is fractured. Not only are there multiple, warring, irreconcilable political factions but humanity itself has become strangely varied. Swan, one of the novel's protagonists, has replaced part of her gut-flora with alien bacteria and budded off avian brain tissue in her own brain. Others are "smalls" -- miniature humans adapted for high-gravity worlds where the square-cube law works in their favor -- or "talls." Some of these people are still of the same recognizable species, others seem to belong to a new human race, perhaps one with little to say to humanity.

2312 is an epic story of political intrigue among the many worlds. To call it epic is to do it a disservice. It's the kind of book that makes you realize that the ambition of Red Mars was just a warm-up; that books like Years of Rice and Salt, which reimagined millennia of history, were just a kind of mental exercise for Kim Stanley Robinson. 2312 paints an absolutely credible and astonishingly beautiful picture of the centuries to come, of the sort of schism and war, the art and love, the industry and ethics that might emerge from humanity going to space without conquering it and without solving all its problems.

Robinson's future is a weird mix of the pastoral and the futuristic. His descriptions of the "natural" and geoengineered environments are worthy of Thoreau, filled with an environmental lyricism that is hard to come by. Some of these descriptions are worked right into the text, while others appear in fractured interstitial chapters of fragmentary dialogue, lists, and miscellania, these a kind of poesie that are just as moving as any of the main action.

2312 is, in one sense, a detective novel. It opens with the suspicious death of Swan's aunt on Mercury, and with Swan's growing realization that her aunt was at the center of a systemwide secret cabal that had devoted itself to rooting out rogue "qubes" -- quantum computers that have attained some kind of sentience -- who may be behind her aunt's death. Swan has a qube implanted in her brain, which makes her role in the cabal even more fraught, but it's the least of he complications. Swan, after all, is something of a basket-case. Semi-immortal, hybridized with other animals as well as AIs, a gifted artist and a furious misanthrope, she must somehow win the confidence of her aunt's friends.

But though the murder and the qube conspiracy animate the story, they're far from all of it. Robinson's sweeping panorama of his future is at once hopeful and miserable, saying "Look what we might have" and "Look what we might lose" at the same moment.

I took this book slowly, all 565 pages of it, savoring it over a month. It's not a fast read. But it's not one you'll forget, either. 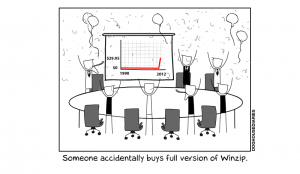 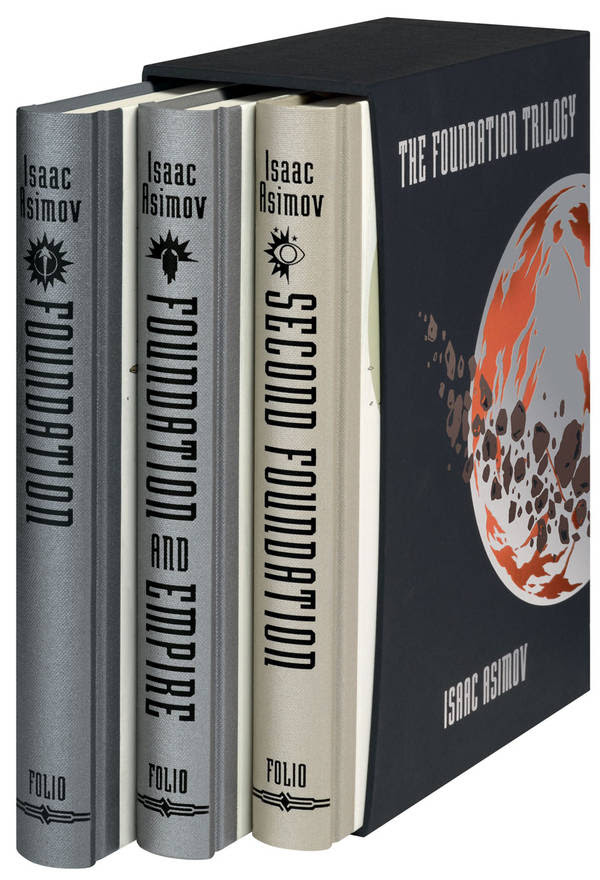 The Folio Society has released a beautiful, illustrated slipcased edition of Asimov's Foundation trilogy, illustrated by Alex Wells, with a special introduction by Nobel-winning economist Paul Krugman. The introduction (PDF) is a great and insightful piece into one of the ways that science fiction inspires and shapes the lives of its readers. 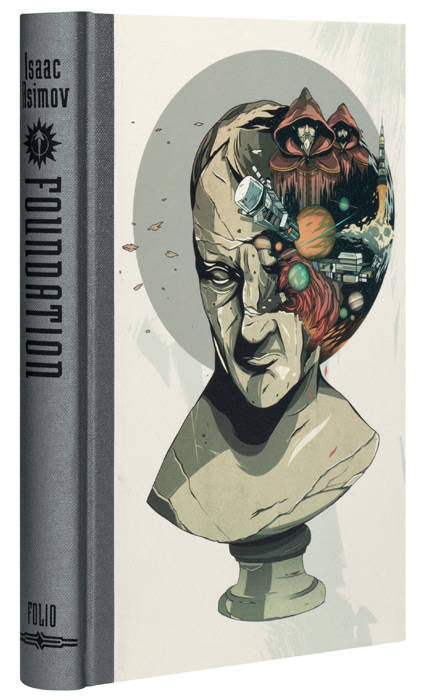 In the first book and a half there are a series of moments in which the fate of the galaxy seems to hang in the balance, as the Foundation faces the apparent threat of extinction at the hands of barbarian kings, regional warlords, and eventually the decaying but still powerful empire itself. Each of these crises is met by the men of the hour, whose bravery and cunning seem to offer the only hope. Each time, the Foundation triumphs. But here’s the trick: after the fact, it becomes clear that bravery and cunning had nothing to do with it, because the Foundation was fated to win thanks to the laws of psychohistory. Each time, just to drive the point home, the image of Hari Seldon, recorded centuries before, appears in the Time Vault to explain to everyone what just happened. The barbarians were never going to prevail, because the Foundation’s superior technology, packaged as religion, gave it the ability to play them off against each other. The warlord’s weapons were no match for the Foundation’s economic clout. And so on.

This unique plot structure creates an ironic resonance between the ‘Foundation’ novels and a seemingly unrelated genre, what I’d call prophetic fantasy. These are novels— Robert Jordan’s ‘Wheel of Time’ cycle comes to mind—in which the protagonists have a mystical destiny, foreshadowed in visions and ancient writings, and the unfolding of the plot tells of their march toward that destiny. Actually, I’m a sucker for that kind of fiction, which makes for great escapism precisely because real life is nothing like that. The first half of the ‘Foundation’ series manages, however, to have the structure of prophecy and destiny without the mysticism; it’s all about the laws of psychohistory, you see, and Hari Seldon’s prescience comes from his mathematics. 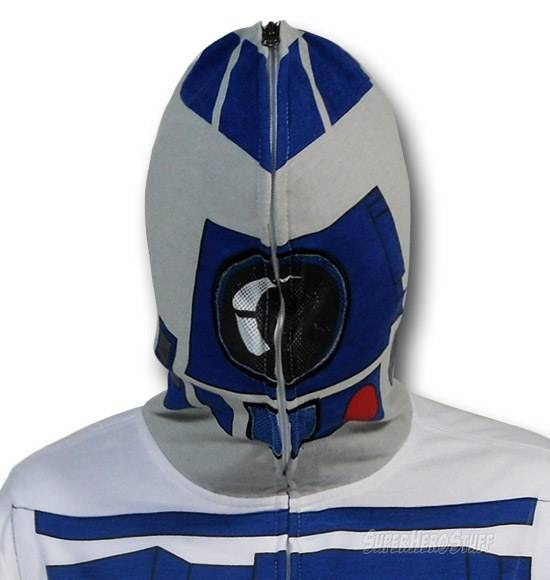 SuperHeroStuff's R2D2 hoodie is a $70 way to keep warm and look like a droid ($73 if you want to look like an XXL droid). I dig the way it turns into a droid-inspired fencing mask if you zip it up all the way, and the way that this makes you into something like the real R2D2 in that you have no peripheral vision and are prone to being tipped over by malefactors. Slice the fresh mozzarella. Using a ghost cookie cutter cut out some ghost shapes. Place the ghosts on top of the pizza sauce. Using the finely chopped olives, place eyes on the head of the ghosts. Bake the pizza for about 5 - 6 minutes, or until the cheese is fully melted.

Once the pizza is baked, make spiders by sticking the rosemary leaves into the green olives. Place the spiders next to the ghosts and serve.

Joshua Glenn, co-author of the great new kids' activity book, Unbored: The Essential Field Guide to Serious Fun , and I are talking in a Google hangout right now.

Unbored is the guide and activity book every modern kid needs. Vibrantly designed, lavishly illustrated, brilliantly walking the line between cool and constructive, it's crammed with activities that are not only fun and doable but also designed to get kids engaged with the wider world.With contributions from a diverse crowd of experts, the book provides kids with information to round out their worldview and inspire them to learn more. From how-tos on using the library or writing your representative to a graphic history of video games, the book isn't shy about teaching. Yet the bulk of the 352-page mega-resource presents hands-on activities that further the mission in a fun way, featuring the best of the old as well as the best of the new: classic science experiments, crafts and upcycling, board game hacking, code-cracking, geocaching, skateboard repair, yarn bombing, stop-action movie-making-plus tons of sidebars and extras, including trivia, best-of lists, and Q&As with leading thinkers whose culture-changing ideas are made accessible to kids for the first time.Just as kids begin to disappear into their screens, here is a book that encourages them to use those tech skills to be creative, try new things, and change the world. And it encourages parents to participate. Unbored is exciting to read, easy to use, and appealing to young and old, girl and boy. Parents will be comforted by its anti-perfectionist spirit and humor. Kids will just think it's awesome.Contributors include: Mark Frauenfelder of MAKE magazine; Colin Beavan, the No Impact Man; Douglas Rushkoff, renowned media theorist; Geoff Manaugh, author of BLDGBLOG; John Edgar Park, a CG supervisor at DisneyToon Studios; and Jean Railla, founder of GetCrafty.com and Etsy consultant. Commander Bond's previous career as it would be today

Thanks to the books and films we all know a lot about James Bond 007. We also know a little about the group he supposedly belongs to, the "Double-O agents" of "Her Majesty's Secret Service" - the only British secret agents with a licence to kill. But just how realistic is the idea? Does anything like the Double-O section really exist in the secret bureaucracies of the British government? If it does, how would you get a job in it?… 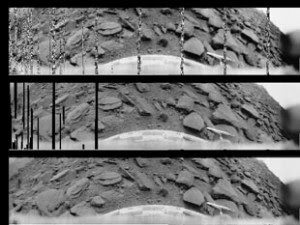 I love rediscovering cool things. I'm sure I learned, at some point, that the Soviet Union had once sent probes to land on the surface of Venus. But I had completely forgotten this fact until today.

This photo comes from Venera 9, which landed on Venus on October 22, 1975. The lander remained operational for 53 minutes, which isn't bad considering we're talking about a planet with hydrochloric acid and hydrofluoric acid in the atmosphere, and a surface temperature (as measured by Venera 9) of 905° F.

The photo — at three different phases of processing — comes from the website of Don Mitchell, an enthusiast of Soviet space history. Mitchell did the processing that resulted in the clear, bottom image in this stack.

The upper image is the raw 6-bit data. The center images include the telemetry brust replacements, with remaining bursts blacked out. The 6-bit values have been transformed to linear brightness, using the published photometric function of the camera, and then converted to sRGB standard form (gamma 2.2). In the final version, I filled in missing regions, using Bertalmio's inpainting algorithm.

• Read more about these photos at Don Mitchell's website

Calvin and Hobbes by Bill Watterson for September 29, 2012